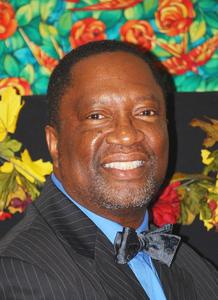 Rev. Marvin R. Wamble is a product of a mixed household. Growing up in the San Francisco Bay Area, his mother was Pentecostal while his father was United Methodist. Rev. Wamble attended both churches. He was Methodist during football season because the services were only an hour, giving him plenty of time to watch his beloved Oakland Raiders. The rest of the year absorbed the high energy and soaring praise of Ephesians Church of God In Christ with his mother.

Growing up in the two denominations gave Rev. Wamble a strong foundation in the Lord. He accepted Christ while in high school as a member of Campus Crusade for Christ, but spent the next quarter century running and hiding from his calling. He finally stopped running, answering his call to the ministry 20 years ago. His preaching and teaching has been influenced by the many Pentecostal ministers experienced during his youth and the six years he spent at Oak Cliff Bible Fellowship in Dallas, TX, under the pastoral leadership of Rev. Dr. Tony Evans. His knowledge and understanding of the Lord and the administrative workings of the church matured during the 12 years he spent under the spiritual guidance of Rev. Conrad Parker and Rev. Dr. Diana Parker, retired pastors of Grace United Methodist Church in Fort Washington, MD.

Before accepting his first pastoral appointment, Rev. Wamble was the District Lay Leader for the Washington-East District of the Baltimore-Washington Conference for six years. He served on a variety of district and conference committees and served as the chairperson of the Fellowship of Local Pastors and Associates for four years. The graduate of Wesley Theological Seminary in Washington, DC, was named pastor of The South County Charge – Sollers UMC in Lothian, MD and St Matthews UMC in Shady Side, MD -- in July 2016. He is entering his 10th year of pastoral ministry. His areas of ministerial emphasis are storytelling, church administration, communications, outreach and making the dynamic connection between God’s word and God’s people. Prior to becoming a pastor, Rev. Wamble was an award-winning sportswriter and radio talk show host for more than a decade and served as a public relations executive for several Fortune 500 companies – learning the details of event planning, execution and assessment from his work with the U.S. Army.

The avid golfer and bicyclist is a playwright and award-winning and author. His first book, “From Tee to Green: Seeing God in the Middle of the Fairway” received the Outstanding Leaders in Golf award from the African American Golfers Digest in 2011. He is putting the finishing touches on his second book and first novel, “The Box: Finding God’s Destiny in the Great Escape,” which was published in 2016. Rev. Wamble is the proud father of three – Alicia, Julian and Jenise and grandfather of two. He has been happily married to his partner in ministry, the former Anita Patterson (CLM) for 30 years. They met decades ago at Ephesians Church when she was 4-years old.

Rev. Wamble preaches from the inspiration of Galatians 1:11-12:

“I want you to know, brothers and sisters, that the gospel I preached is not of human origin. I did not receive it from any human source, nor was I taught it; rather, I received it by revelation from Jesus Christ.” 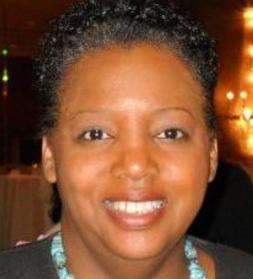 First Lady Anita Patterson Wamble always wanted to be a teacher, but her mother told her teaching was “beneath her.” So she went to the University of California at Berkeley to earn a degree in pharmaceutical research because she wanted to develop a chemical compound so people all over the world could have clean water. However, God had another plan.

Despite First Lady Anita’s academic pursuits, the hunger to teach never subsided. In 1994, she accepted her call to the ministry. Over the past 19 years, she has taught Sunday school, led Education Ministries at various churches, preached to hundreds in DC, Maryland and Virginia, and led numerous workshops. Her ministry is not a surprise considering she hails from a family that has 23 active ministers in various denominations ranging in offices from local pastors to Bishops.

Several years ago, the Oakland, CA native got frustrated seeing people struggle with simple issues of everyday life. They struggled not because they did not believe in the word of God, but because they didn’t know how to apply it to their lives. In 1999 First Lady Anita began writing “It’s Still Relative – The Word of God for Today’s World.” “It’s Still Relative” was written for every person who has ever read the Bible and walked away saying, “I don’t get it.” The book was published in 2005 and is available through Amazon.

First Lady Anita has not abandoned her search for a water purification compound. She continues to teach about the purity of the living water – Jesus Christ.

Her favorite scripture is Ephesians 4:11 – 13: “It was He who gave some to be apostles, some to be prophets, some to be evangelists, and some to be pastors and teachers, to prepare God’s people for works of service, so that the body of Christ may be built up until we all reach unity in the faith and in the knowledge of the Son of God and become mature, attaining to the whole measure of the fullness of Christ.” 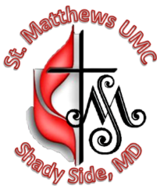 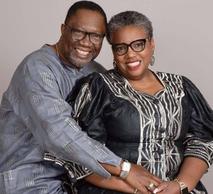